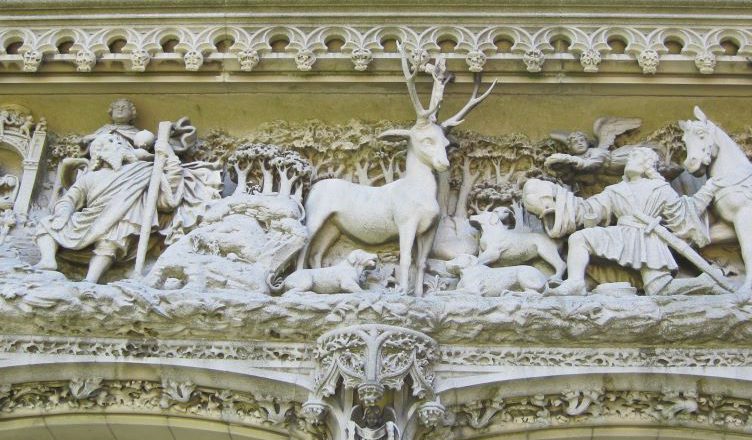 Please take a look at our new section for the Mythological, Legendary and Otherwise Odd symbolism images– few highlights are shown below.

The Sphinx (left) graces the Dodge brothers mausoleum in Detroit, Michigan. The Egyptian motif was popular in the early 1900’s.

In architecture, and specifically in Gothic architecture, a gargoyle is a carved or formed grotesque with a spout designed to convey water from a roof and away from the side of a building, thereby preventing rainwater from running down masonry walls and eroding the mortar between.

The Ouroboros symbol is one of the oldest ancient Egyptian symbols in history. The ouroboros is often interpreted as a symbol for eternal cyclic renewal or a cycle of life, death, and rebirth. The skin-sloughing process of snakes symbolizes the transmigration of souls, the snake biting its own tail is a fertility symbol in some religions, and the tail of the snake is a phallic symbol, the mouth is a womb-like symbol