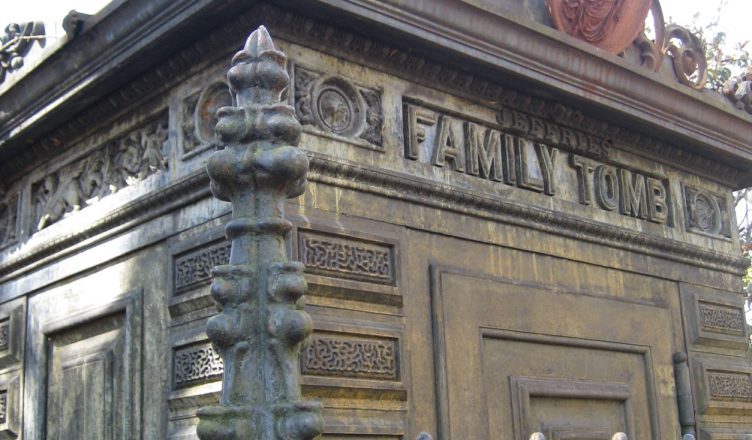 The Family Tomb, made entirely of cast iron, was created by the Philadelphia firm of Robert Wood & Co. and was popular in the mid-1800’s. Many of the southern Family Tombs were manufactured by Miltenberger & Co. of New Orleans.

Close up of the top piece on the Slatter Family Tomb.

The Slatter mausoleum was designed by Robert Wood & Co. of Philadelphia and manufactured by Miltenberger & Co. of New Orleans.

The Jeffries Family Tomb in the Greensboro Cemetery of Hale County, Alabama has a gothic appearance with the wrought iron fencing which was probably purchased from the Robert Woods catalog as well.

Twin griffons adorn the side of the Jeffries Family Tomb.

The Pelton Family Tomb, also in New Orlean’s Greenwood Cemetery, features gryphons above the door and an angel escorting the deceased with an inverted torch.