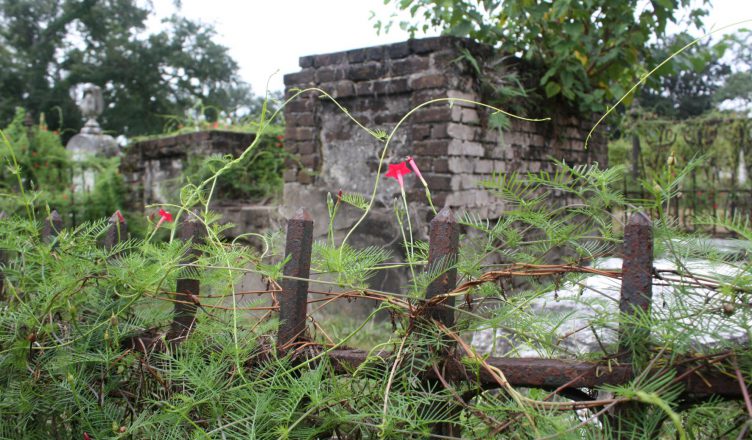 The Church Street Graveyard in Mobile, Alabama was established in 1820 when the city of Mobile purchased the land for twenty dollars. The earliest burial is dated 1819 and the last burial was supposed to be in 1898, but there have been some notable exceptions since then, which can be found on the Symbolism–Mythological, Legendary and otherwise Odd page.

A clock is a symbol of mortality. A clock with the hands pointing at 11:00 is associated with the Benevolent and Protective Order of the Elk–see acronyms – BPOE for more information on Elks. Clocks are sometimes stopped at the time of death. Some clocks represent “time flies” when shown with wings.

Church Street Graveyard is surrounded by a red, brick fence. Many early burials were in raised tombs.