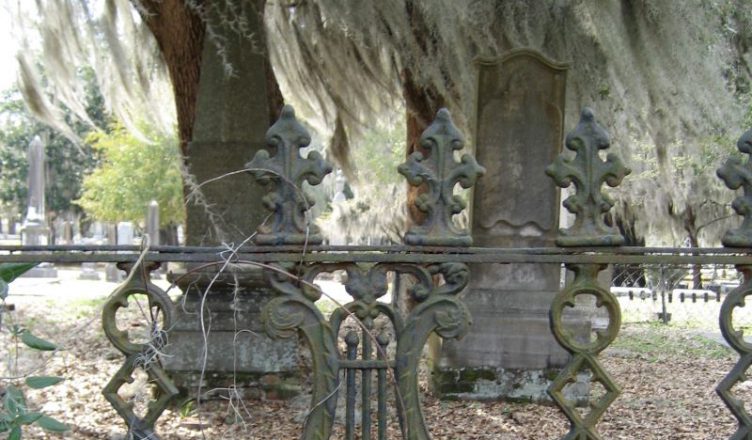 Following are some fences and gates, mostly from southern cemeteries, with their maker and motif identified where possible. Cast-iron requires quite a bit of maintenance due to rust, so harsh northern weather has forced many northern cemeteries to outlaw and remove old fences. Though most of the fences are painted black, the recommended paint color was white, to expose rust for maintenance purposes.

Symbolism on the gates is typical of the Victorian era–which is when most of the cast-iron found in cemeteries was placed. Hour glasses, lyres, cherubs, willows, lambs, flaming urns, and inverted torches were common mourning symbols found on gates.

The mausoleum was manufactured by Wood, Miltenberger & Co. of New Orleans.

One thought on “Cemetery Fences and Gates and Their Makers”